The MAIN FUNCTION of elastic SEALANTS in JOINTS is the SEALING against various types of LOADS. A distinction is made, for example, in environmental influences (rain, frost, heat, chemical effects, other liquids, UV, …) and in mechanical influences such as compressive, peel, tensile and / or shear loads! SEALING MATERIALS in the joint area (compulsory joint) of adjacent components can also be affected by a functioning SEALING. This circumstance claims that the basic structure of the joint must be adapted from the beginning according to the needs of the user’s demands. And most importantly, of course, a suitable sealant must be used! In addition, the sealant should be incorporated into the joints with the proper processing technology.

DIN 18 540 provides information on the sealing of exterior wall joints with joint sealants in building construction.
As seen in our illustration below, the joint depth (TF) for joint sealing (Fig. 1) in ordinary structures is structurally altered in most joints (compulsory joints), often significantly deeper than initially desired. Therefore, the gap of the joints should be limited in depth with suitable equipment before spraying with sealant, resulting that a functional seal can be made.
For this purpose, the expert preferably uses a special PE round cord (determination of the water absorption of approved backfill material according to DIN 52 459), which he carefully introduces into the joint background. The diameter of the round cord should be about 20% greater than the actual joint width (BF). As a result, the undesired adhesion of the sealant to 3 rigid surfaces can be successfully prevented. Due to the shaping curvature of a PE round cord, a smaller depth of the sealant (TD) is automatically obtained in the JOINT CENTER of the component surfaces to be sealed than at the lateral adhesive surfaces (BH). Through a technically constructed joint construction with a lower material thickness in the center of the joint is achieved that the resistance is at its lowest point here. This ensures that the sensitive FLANKS of the JOINTS during possible component movements are optimally relieved and, as desired, the main load is automatically transferred to the more flexible center of the joints.

GB: the main function of the elastic sealant is sealing 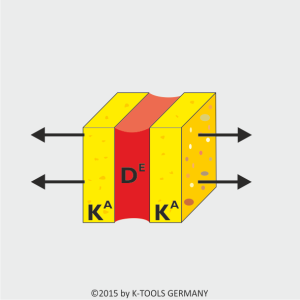 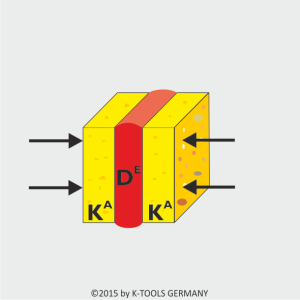 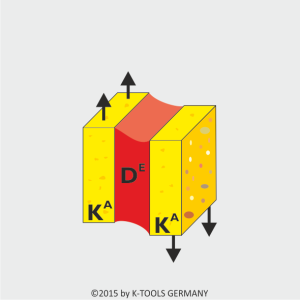 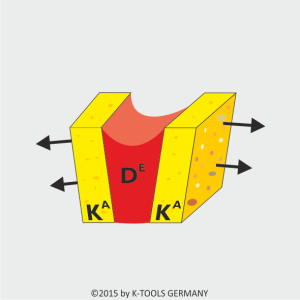 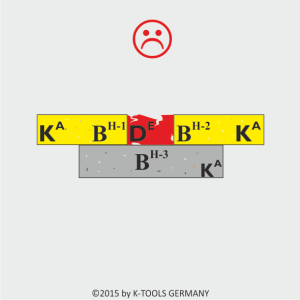 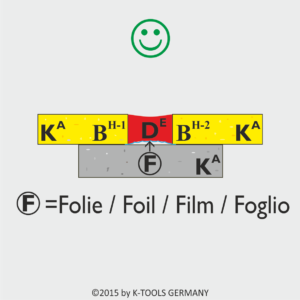 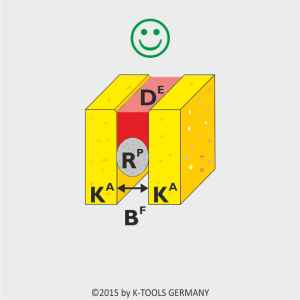 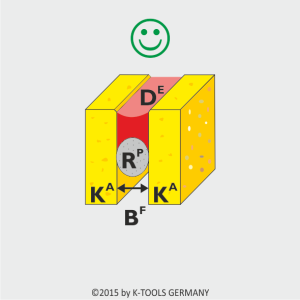 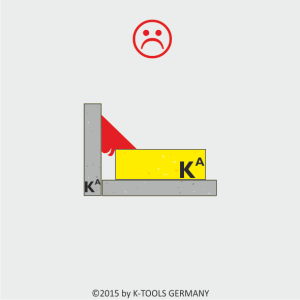 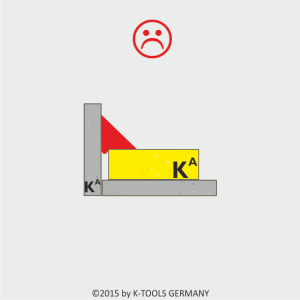 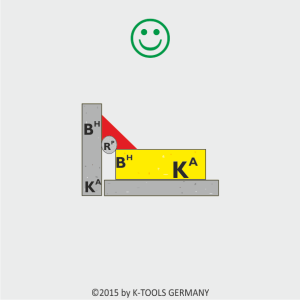 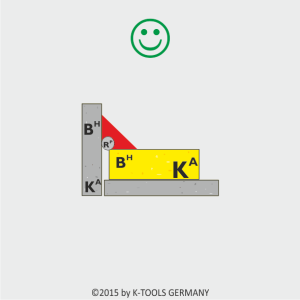 Did you know what the ordinary DIY’er generally underestimates and sometimes don’t even knows … ?

… for a professional joint work a lot of good preparation is still necessary! Therefore, it is important to take into account that the distance between adjacent components on the floor, wall, ceiling or objects is maintained before installing and gluing tiles or other floor and wall coverings. Thus, many components in the course of building drying, weather or other circumstances over time are exposed to more or less heavy loads. Only if the affected components can expand enough, you can assume that they survive these effects without damage. For this reason, it is highly advisable to check in time before the beginning of the actual SEALING or SEALING WORK with elastic sealants (acrylic, MS polymer, PU, ​​silicone, …), if the technical specifications of the relevant trades and / or the sealant manufacturer may  recommend the following BEFORE INJECTION OF THE SEALANT: first carefully insert a so-called MATERIAL FOR BACKFILLING (PE-round cord / PE foil) and professionally into the BACKGROUND of the JOINT, if possible. Thus, the undesirable consequences of a 3-side adhesion of the sealant on three rigid surfaces / sides from the outset can be successfully prevented. 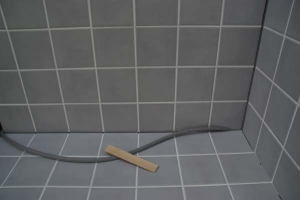 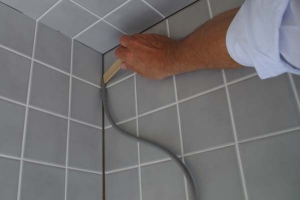 Usually, it is recommended NOT to use water-absorbent round profile such as a PE round cord according to DIN 52 459 as backfill material. According to relevant design rules, the joint depth can be limited as prescribed – and thus an undesirable 3-sided adhesion of the sealant can be successfully prevented. If possible, the round cord should not be damaged when it is inserted into the joint background. As shown in the pictures on the right, you should preferably use a rather blunt and rounded object (for example, a small wooden handle, which is often offered when buying ice cream) to gently push the PE cord into the backside of the fugue.

IMPORTANT: The information given in the table above for the DIMENSIONING of JOINTS between concrete structures in building constructions in accordance with DIN 18 540 may only be considered as a guide and as an INDEPENDENT RECOMMENDATION. The values ​​and dimensions used here refer only to an example of a single manufacturer when using an elastic sealant with, for example, 25% allowable total deformation! In addition, the dimensions always indicate the approximate END CONDITION of the JOINTS AFTER DRYING or curing of the corresponding sealant! Joint sealants of different consistency usually behave differently during the desiccation process; if the sealants also come from different manufacturers, they do so anyway. Therefore, at this point, exact values ​​would be numerically complicated and very complex to determine. In order for the jointing and sealing work to be successful, we would like to point out that the recommendations for processing and handling instructions of the respective sealant manufacturer must be adhered to as precisely as possible. In addition, you should observe the recognized technical rules of the respective trades and orient themselves to the respective DIN directives in the most up-to-date form. The better you comply with all these requirements, the sooner the sealing work will be carried out professionally!

The MAINTENANCE JOINT is a joint exposed to strong chemical and / or physical influences, whose sealant must be checked at regular intervals and, if necessary, renewed in order to avoid consequential damage. Elastic sealants have quite different limits in their capacity depending on the material being used. However, these are usually neither reached nor exceeded during normal use.

IMPORTANT: The MAINTENANCE JOINT defined in this way is NOT subject to the warranty of usual grouting work! However, even with regard to the possible consequences of a subsequent loss event, this means at the same time that a joint defined as MAINTENANCE JOINT must be precisely named BEFORE EXECUTING the work as such and must be specified in writing.

If you are interested in even more details on the subject of regulations for joints in building construction, we’d like to refer you to the information in DIN 18 540 and on this page particularly paragraph for precisely regulating the constructive structure of a professional outer wall joint! Most processing recommendations and regulations for proper joint formation often refer directly to the aforementioned DIN regulation for the area: SEALING OF EXTERNAL WALLS WITH FLEXIBLE MEASURES in building construction. In addition, we refer to the respective design rules of the relevant trades and the processing instructions of the sealant manufacturer, which are also to be complied with 1: 1!